BNNT, LLC is a startup company based in Newport News, Virginia that has been established to manufacture BNNTs for scientific investigations, commercial product R&D, and commercial products. Key staff members include the developers who invented the new processes.

Synthesis technologies licensed by BNNT, LLC, were developed jointly by NASA’s Langley Research Center, the U. S. Department of Energy’s Jefferson Lab (managed and operated by Jefferson Science Associates, LLC), and the National Institute of Aerospace, a non-profit research and graduate education institute formed by a consortium of major universities that serves as a strategic partner of NASA and the aerospace community.

Growing up in central Wisconsin (cheese head fan) Mr. Jordan, began professional life with an AA degree working briefly in telecom then took position in 1978 at Fermi Lab working in mega-watt dc power systems and returned to Illinois Institute of Technology night school. Then in 1985 he took a position at DESY (Deutsches Electronen Synchrotron) in Hamburg Germany to work in the newly established Superlietung Hoch-Frequency Resantor (superconducting radio-frequency "SRF") group to help develop the accelerator structures for the HERA machine. After being recruited by the new SRF lab in Virginia, he moved back to the states in 1987, and returned to complete his BSEE in 1990. He worked to establish Jefferson Lab as a world leader in SRF technology and then was chosen as a founding member (Chief Engineer) of the Lab's Free Electron Laser. He has worked for more than 10 years in material science synthesizing new materials with his colleague Dr. Mike Smith. In the past 30+ years Mr. Jordan has worked around the world in many new facilities to get new machines commissioned & operational.

Originally from Newport, RI, Dr. Smith received a BS in mechanical engineering from Cornell and a Ph.D. in aerospace engineering from Princeton. Employed as a ‘fresh out’ by NASA Langley, he began his career developing laser diagnostic techniques for Ramjet/SCRAMjet and aeroacoustic flow studies. From 2000-2011, he led a dedicated nano lab for NASA at the Jefferson Lab, developing high power laser techniques for the synthesis of carbon and boron nitride nanotubes, using both the world’s most powerful free electron laser and state-of-the art multi-kW industrial lasers. He has more than a dozen US patents/submissions in nanotechnology. In his other life he teaches lindy hop (swing dance), tangos and ice dances, plays guitar, leads a local folk sing-a-long group, and relishes the occasional win with his local pub trivia team.

Dr. Whitney' is the first experimentalist awarded Scientist Emeritus at Jefferson Lab. His experience at accelerator laboratories spans over 40 years, including Stanford University's High Energy Physics Lab, Berkeley Lab, Los Alamos-LAMPF, MIT-Bates, as well as Saclay in France. Prior to joining the team launching Jefferson Lab, he received his BA from the University of Oregon Honors College, and his PhD from Stanford University, and taught physics and conducted research at the University of Massachusetts-Amherst, Smith College, Springfield Technical Community College and the University of Virginia. He was responsible for setting up the networking and computing infrastructure for the Lab and has served in multiple positions including Associate Director for Administration, Chief Information Officer and Chief Technology Officer. 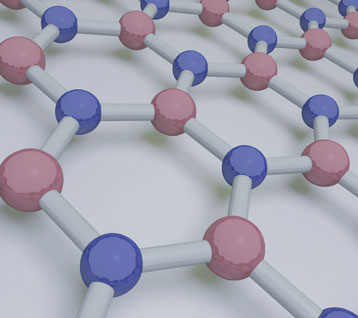 Looking for a great career opportunity?